We woke up on Thursday morning in Kalinin Bay to another beautiful day.  We decided that rather than head to Sitka we would stay another night so that we could try to hike the trail to Sea Lion Cove again.  Since we saw bears the day before we gathered up every bear deterrent device imaginable.  We had a shotgun, bear spray, an air horn, a whistle and empty Diet Dr Pepper cans with little stones in them to make noise.  Billy was carrying everything except the bear spray and he was quite a sight. 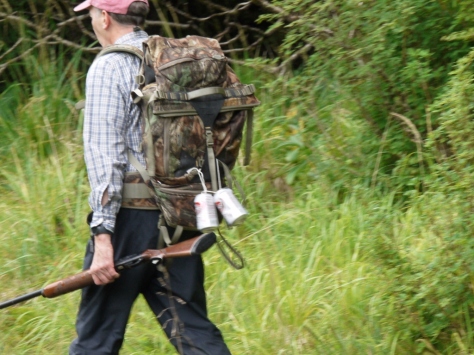 We got to the trail head and started the hike and everything was looking good.  The trail was still really muddy and mucky but we were expecting that. 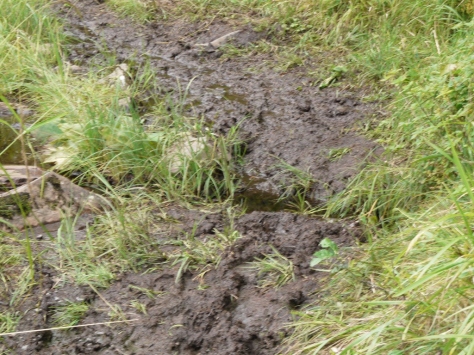 We didn’t see any bears in the area where we had seen them the day before but we saw lots of these which made us extra vigilant.  They continued the whole length of the trail! 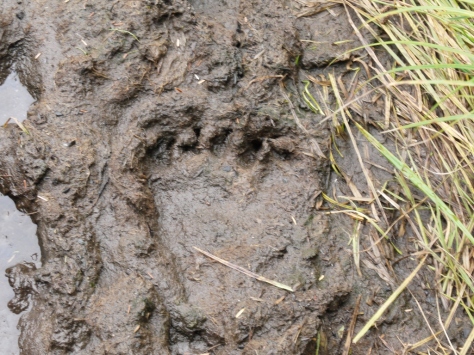 When we got up into the woods we were greeted with lots of steps. 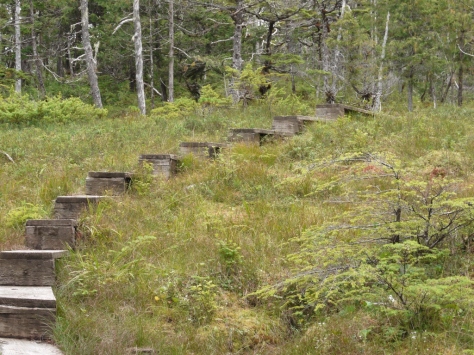 These led up and up and up to a very pleasant meadow where we took a little rest. 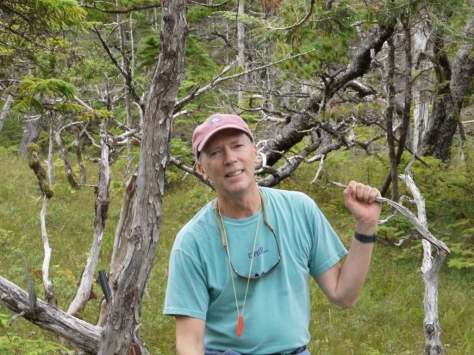 After going through some more woods we came upon a lake with a beach.  The little beach along the lake was covered with bear tracks. 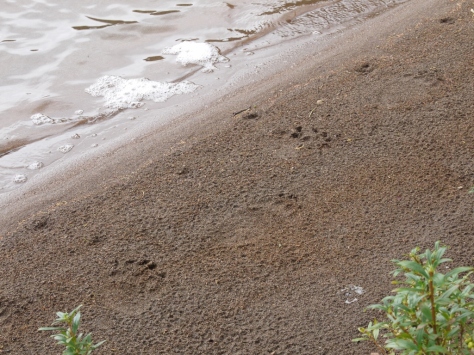 At this point we had hiked almost an hour and a half.  We kept going for a while longer down the hill toward the beach at Sea Lion Cove but we ran out of time and I ran out of gas so we turned around and headed back to the boat.  It was pretty disappointing not to make it all the way but that’s the way it goes sometimes.  The hike back seemed a lot quicker and when we got back out of the woods we could see Madeline in the distance. 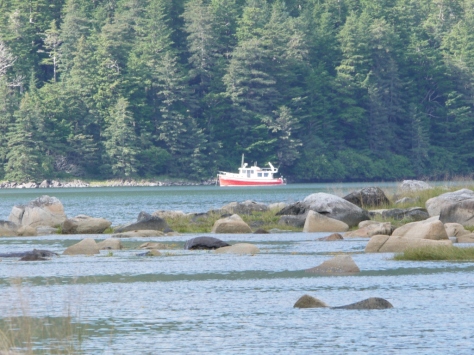 We got back to the boat without incident and took long, hot showers and collapsed on the couch for the evening.  Before we went to bed these two matching tugs came into the bay and anchored for the night.  I thought they looked cute together. The one on the right is a 37 like ours and the one on the left is a little smaller, probably a 32. 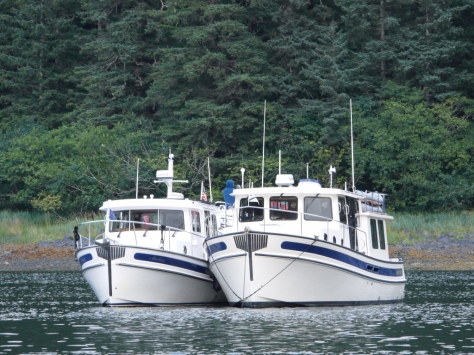