We woke up Thursday to pouring rain and wind.  We stayed put at the condo all morning and by noon the worst of the rain had stopped.  We went to lunch in Seaside and afterwards we went south to Ecola State Park.  At the Tillamook Head Overlook we got a look at both Cannon Beach,

and the Tillamook Head Lighthouse, also known as Terrible Tilly.

At Indian Beach we saw a crazy kayaker playing in the surf. 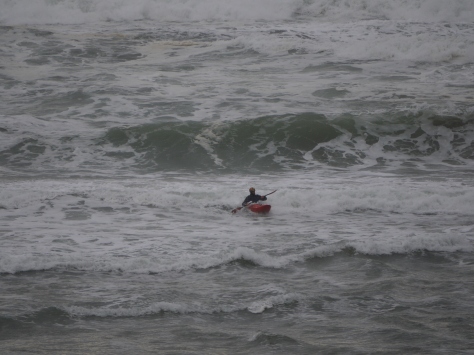 From the park we drove into Cannon Beach and took a look at the famous ‘Haystack’ upclose.  The tide was out so you could walk right up to the rock. 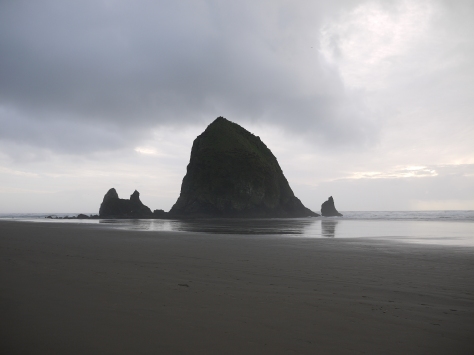 I was perfectly happy to stay on the beach.

Later, we found a kind person walking along the beach to take our picture.

After we finished at Cannon Beach, we headed back to Seaside where we had a very good Italian dinner before going home to watch the Thursday night football game on TV.

Friday we woke up to sunny skies  🙂 .  We went into Seaside and walked along the promenade just like the wealthy folks back in the early 1900’s.

After our little walk, we took off for our next destination, Astoria, Oregon, the last stop on the Oregon coast.

On the way we stopped at Fort Stevens where we saw the remnants of the 1906 shipwreck of the Peter Iredale, a sailing ship that was headed for Portland when a storm forced it to ground.

Further into the park we got our first glimpse of the mighty Columbia River.  There happened to be a tug boat pulling two barges going by at the time.

We also went to the South Jetty of the Columbia River where there is an observation deck for checking out the bar. 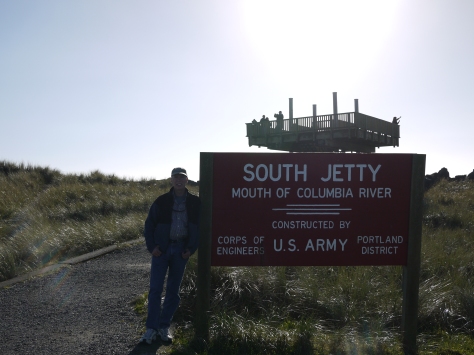 The next stop was Fort Clatsop, where Lewis and Clark spent the winter after finishing their journey to the Pacific Ocean.  There  was a replica of the fort at the site which was really small and very basic.

After checking out the Fort, we decided to go across the Astoria Bridge into Washington to check out the Columbia River bar from the other side.  The bridge was really long!

While we were there, some deer came by on the cliff between the viewing deck and the ocean. 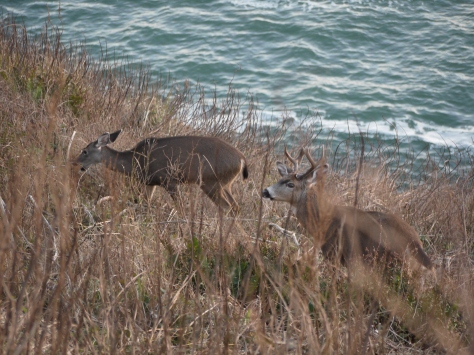 Since we happened to be there around sunset, I took a couple of pictures. 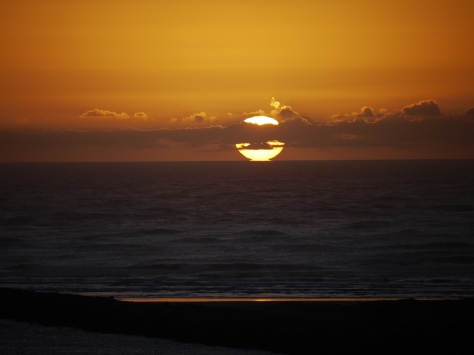 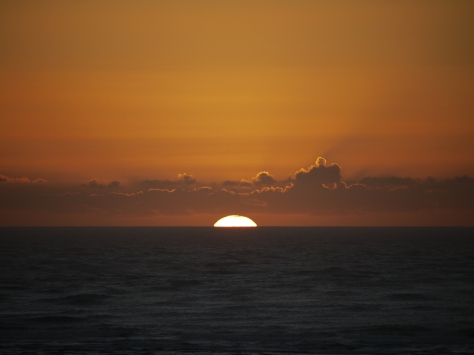 On our way back to the car we saw this bunny.

Since it was getting dark, we decided to go check in to our hotel and get some dinner.  Now we’re relaxing and watching a basketball game.  It’s been a long day.

Tomorrow we’ll check out Astoria and the Columbia River.