We got up to clouds and rain on Tuesday.  We must be getting close to home with this kind of weather.  This was the view from our condo.  You can see the ocean, although there are a few wires in the way.  That reminds us of home too. 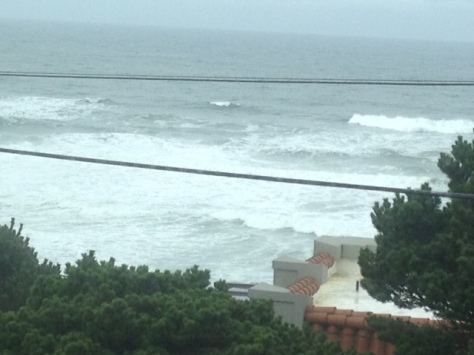 We got started by going south to Depoe Bay.  Their claim to fame is that they have the smallest  harbor in the world.  It was small, but not that bad.

The entrance to the harbor was narrow and curvy.

I heard that the Coast Guard boats will sit out beyond the surf until just the right wave comes up and then they gun the engines and shoot through the entrance and into the harbor.  Sounds like a wild ride.

There were a few seals lounging on the rocks in the harbor entrance. They seemed to be fat and happy and not too concerned about anything.

I keep noticing these strange plants growing on the rocks where the waves are breaking.  They must be really tough to survive the pounding. 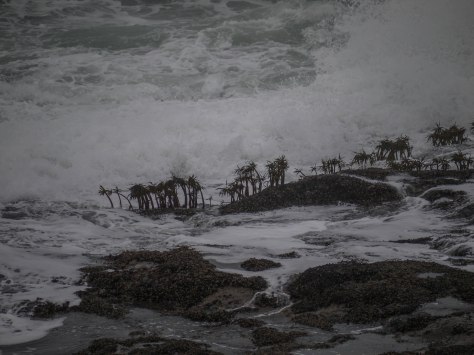 After leaving Depoe Bay, we headed back toward Lincoln City and stopped at a beach where there were some people fishing.  There was a colony of seals on the other side of the river.  They looked more like rocks than seals.

At this point the rain started in earnest so we went to the outlet mall and spent some money.

We had a good dinner at a pleasant place on the bay.  Too bad it was pitch dark and we couldn’t see a thing.  After dinner we went home, made a fire in the fire place and watched the basketball game.

A great end to the day.

Wednesday dawned a little clearer but still pretty cloudy.  Our next destination was Seaside, Oregon.  On the way we stopped at Cape Kiwanda where there was the requisite haystack rock, 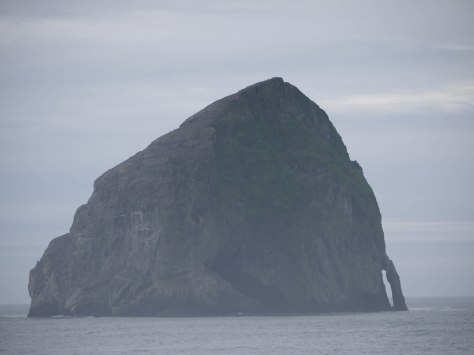 and there were people surfing! 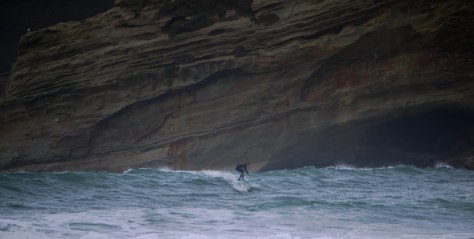 As always there were lots of waves and it was a scenic site.

Next stop was Cape Meares where there was a little lighthouse.  It’s only 38 feet tall, the shortest lighthouse on the Oregon coast.

It’s on a really tall cliff so it all works out. 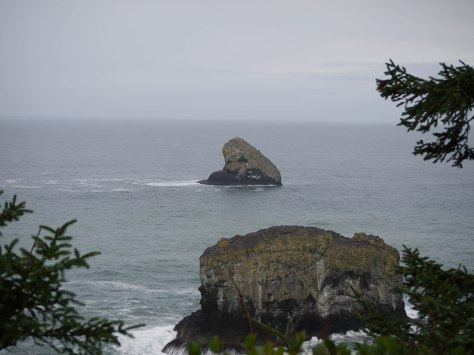 On our way down the coast, we stopped at the North Jetty  in Pacific City where the Coast Guard was going back and forth across the bar to the ocean.  I guess they have to practice.

Next stop was the Tillamook Cheese Factory in Tillamook, Oregon. It was great fun.  We got to see them processing the cheese and it was pretty cool.

They had some interesting factoids on the walls.

On our way out, we had our picture taken in the ‘baby loaf’.

After the cheese factory, we stopped in Oceanside where we saw some rocks called the Three Graces. 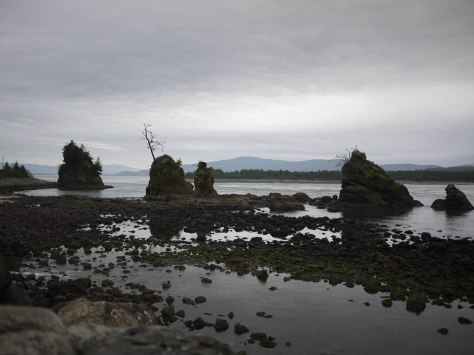 Then it was on to Seaside and our next condo.  It seems to be really nice.  We went to dinner at a little Italian restaurant in town and had a great dinner.  Now, we’re relaxing, watching TV and going through the pictures we took today.

Tomorrow we’ll do some exploring in the Seaside area, weather permitting.