We left Klamath, California on Friday morning and headed north toward Oregon.  Our first stop was the Klamath Overlook where the Klamath River meets the Pacific Ocean. 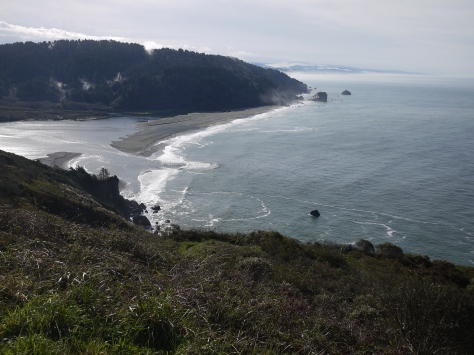 We crossed the border into Oregon and stopped at the Gold Beach Visitor’s Center.  We met a very friendly and helpful lady there who gave us loads of good information about the Oregon coast.  We got our first look at the coast at Gold Beach.  It was chilly but beautiful. 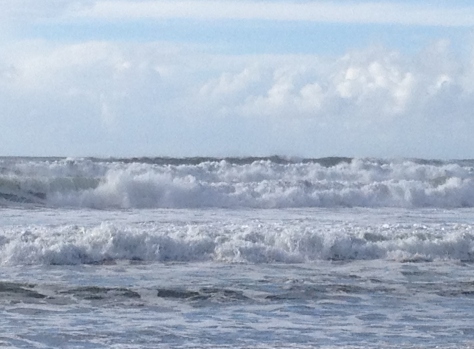 Our next stop was Port Orford Heads.  The ocean was totally wild and we were totally mesmerized.

Cape Blanco was next.  The lighthouse was closed but the surrounding coast was amazing. 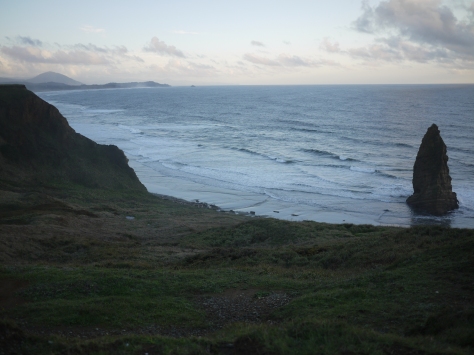 We then made a mad dash to Bandon Dunes Golf Resort where Bill’s niece Rosemary works as a cook at the Pacific Grill restaurant. We had reservations for dinner and it was scrumptious!  Rosemary surprised us with desserts, a lavender cake with a yogurt topping and blueberries as well as a warm chocolate chip cookie with ice cream and caramel sauce.  They looked great and they tasted fantastic. 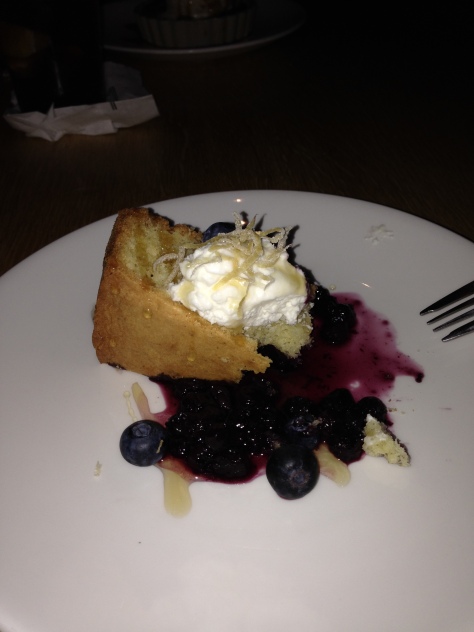 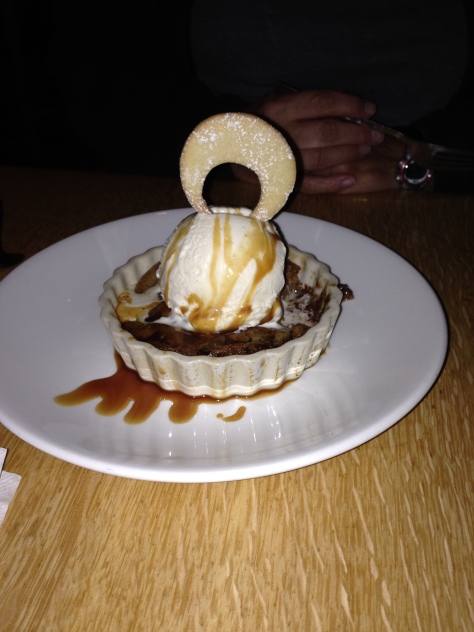 Here’s Rosemary in her kitchen at the restaurant. 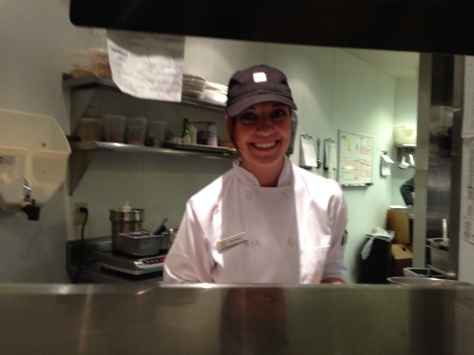 After dinner we had what seemed like a long 25 mile drive to Coos Bay in the pitch dark with fog.  We made it unscathed and had a restful night.

We woke up to a foggy Saturday morning in Coos Bay.  We were meeting Rosemary in Bandon at around noon for lunch so we had some extra time in the morning.  We decided to go to the Face Rock Creamery and check out the handmade cheeses since the fog wouldn’t matter indoors.

After the Creamery, the fog had cleared and we went into old town Bandon.  We were looking around their waterfront and saw what appeared to be the entrance to the harbor and went to take a closer look.  There were ten foot waves at the harbor entrance!  I’m not sure how anyone would ever get in or out with their lives.  This picture was taken standing on the jetty on the south side of the harbor entrance. 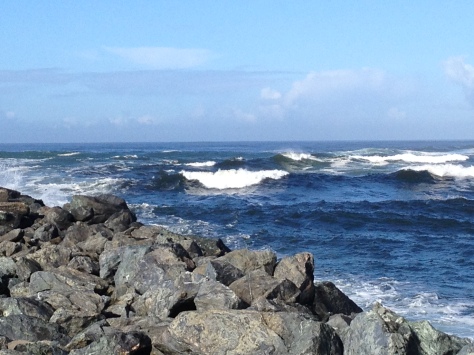 We met up with Rosemary for lunch and then went looking around the cute little shops in Bandon. 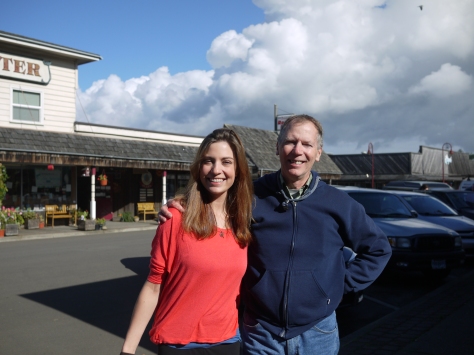 Our next stop was Coquille Point on the Bandon Beach Loop.  We  seem to have replaced our tree pictures with ocean and wave pictures.  We just can’t help ourselves, the coast is stunning! 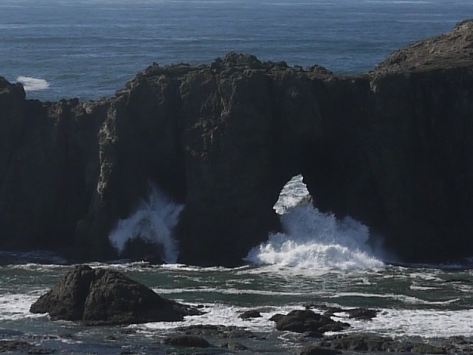 Cape Arago was the next stop.  Again the ocean was wild with rocks everywhere.  What an amazing sight. 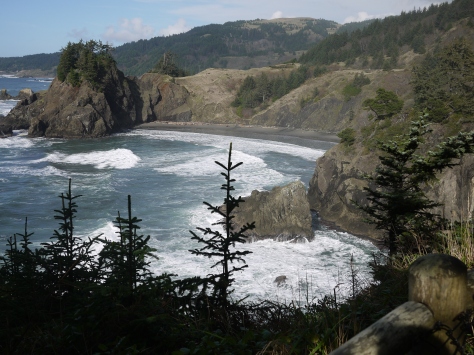 A final stop at Shores Acres State Park showed even more of the wild coast. 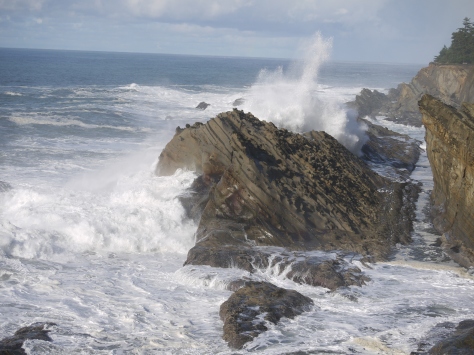 We then headed into Florence where we will be spending the next two nights.  We had to go over this bridge to get into Florence. 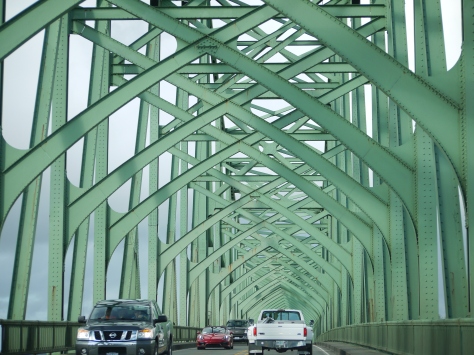 We checked into our lodgings and went out to dinner at Homegrown, a restaurant Rosemary had recommended.  We had another great meal along with some good musical entertainment.

After we got home, I went through the information we got at the visitor’s center and came up with a bunch of stuff to do in the Florence area tomorrow.  We should have plenty of time to see the sights and have some time to relax as well.