Monday morning arrived sunny, of course, and we went to the zoo.  The San Diego Zoo is one of my most favorite places.  Here are my mom and I going into the zoo. 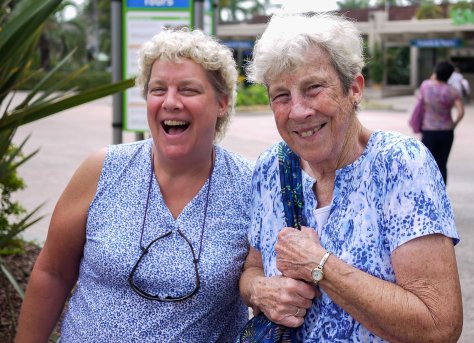 It was a perfect day, not too hot and not too cold.  Matthew, Jenna and Caleb were just leaving the zoo when we arrived so we were on our own. 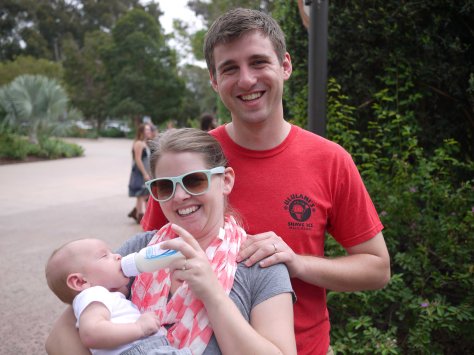 Emily was there too, she can’t get enough of Caleb.  She had just finished work and was on her way home.

Once inside the zoo, we spent some time in the reptile house while we awaited Mike’s arrival.  I had never spent much time there before but it was actually quite interesting.  As long as the plexiglass stays put, many of the creepy crawlies are really colorful.

After the reptiles, we saw a bunch of really cool animals.  Most of them were out and active which made it even more fun.  The lions were crunching on big bones.

The mountain lion was enjoying the shade.

While the leopard was enjoying the sun. 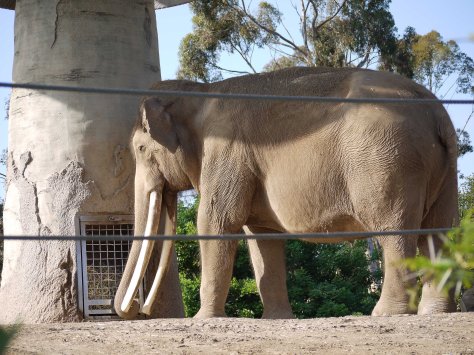 As well as apes and 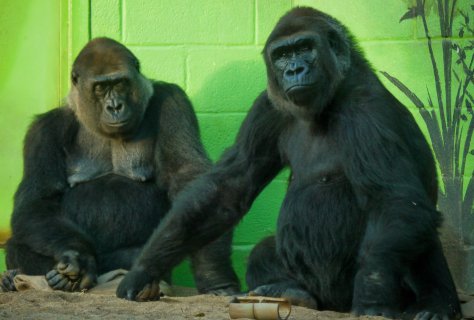 Animals everywhere!  We stayed until they closed the zoo and could have stayed longer.

After the zoo, we went into Old Town San Diego for dinner.  We found a really good Mexican restaurant and, you guessed it, ate too much.  A great end to an even greater day.

Tuesday morning we headed up to Doris and Mike’s cabin at Big Bear.  It was about a three hour drive through the mountains and it was beautiful.

Once we got to the cabin we had a really relaxing evening playing pool and watching a movie.  What a gorgeous place.

Wednesday morning we spent a little time on the front porch enjoying the sunshine.

Later on, we went around Big Bear City and Big Bear Lake to see the sights. 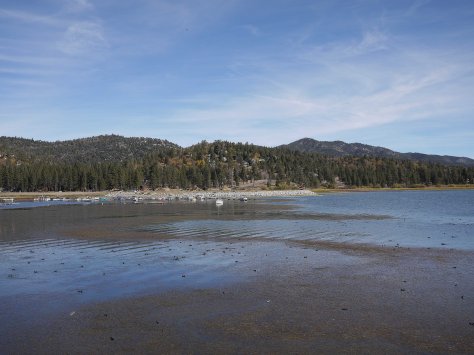 It was a really quaint village.  I would like to see it in winter when there’s snow.  It would be fun to go tubing and skiing all day and then go back to the cabin for some rest and relaxation.  What a perfect winter getaway.

We stopped for lunch at a little café in Fawnskin, a small community on other side of Big Bear Lake from the cabin.  Mike got a Portobello mushroom burger and it was a big one. 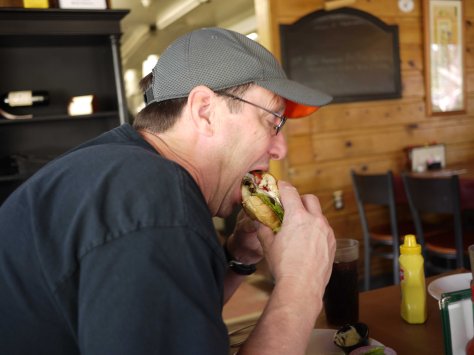 He thoroughly enjoyed his lunch as did the rest of us.  It was a great place to eat. 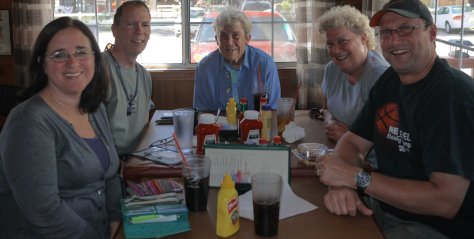 After lunch we had to take off for Ventura, California so we said our goodbyes to the Gilson’s and got back on the road.

The trip took a little longer than expected due to traffic but it wasn’t too bad considering we had to traverse LA.  We arrived at my Uncle’s house just before dinner time.  He took us to a cute little Mexican restaurant (there are lots of these in California) where we had another good meal and now we’re watching the end of the 2nd game of the World Series.

Tomorrow afternoon we’re off to Exeter, California and wine country.