We left Tennessee fairly early on Thursday morning stocked up with yummy pickles and pickled beets.  I got a shot of Tim’s swimming medals in the foreground, I couldn’t get him to pose. 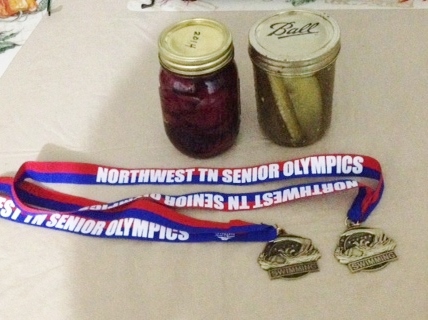 We drove to Little Rock, Arkansas with nary a problem.  We had an okay dinner at Macaroni Grill and then went back to the hotel to sleep.  Not a terribly exciting day.

We left early again Friday morning on our way to Texas .  We arrived in Plano in the late afternoon to sun and 93 degrees.  It was another long but easy drive.

After getting settled at casa Samuels, I made my way out to the pool. The forecast was for thunder showers and much cooler weather so I had to get my pool time in quick.  The water was a little chilly to start with but I had an enjoyable float.

When the bugs started eating us up, we moved the party inside and I started some much needed laundry.  After putting the clothes in the dryer, we went to dinner at a really good mexican place, El Norte, where we ate way too much.  On arriving home, we discovered that the dryer wasn’t getting hot, it was just going round and round. So, repairman Alan went to work.

After taking the dryer totally apart, we finally made it to the couch and watched the ALCS baseball game.  I was disappointed that Baltimore lost but Allison, who went to college in Missouri was pleased with the outcome.

Saturday morning dawned cool and cloudy and the Texans among us were happy.  Bill and Alan went to the store first thing and got the parts to finish fixing the dryer.  Bill and Allison went to the gym while Alan got everything put back together without a single extra screw and best of all, it worked.  It’s amazing what one can figure out how to do on the internet.

We went to lunch at a great BBQ place and after lunch stopped by a farmer’s market where they had lots of pumpkins.  It’s definitely that time of year. 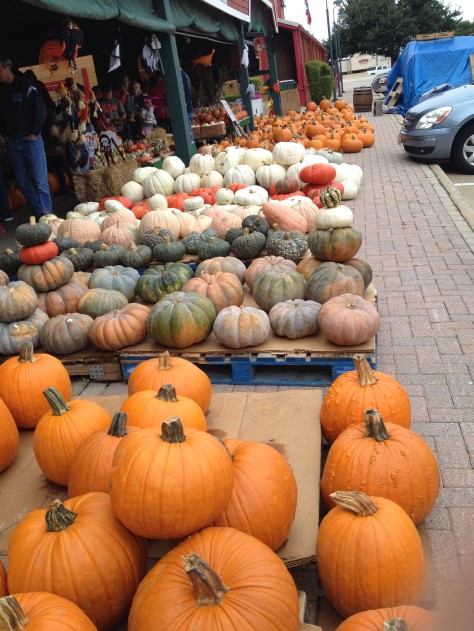 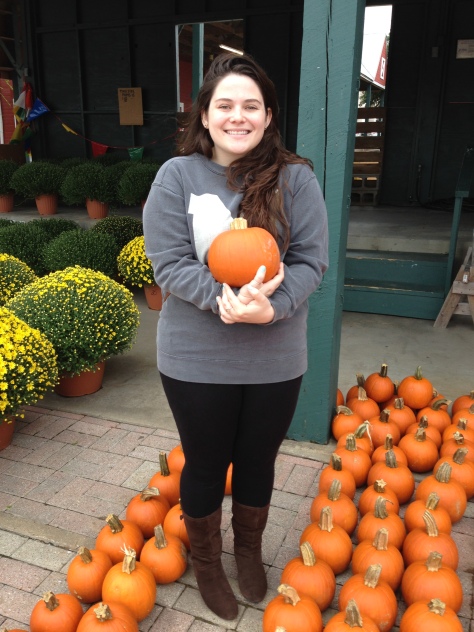 Billy liked the big ones but we didn’t buy one, there’s not room in the car.

When we got home we went out to survey the backyard and check out the pool temp.  It was a bit too cold for swimming today, maybe tomorrow. 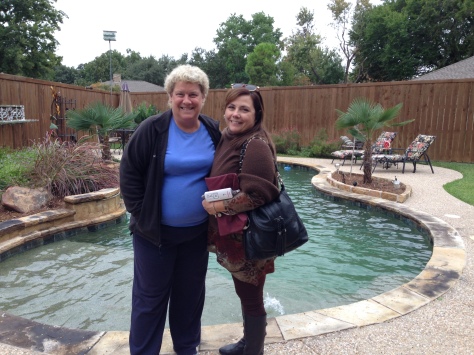 We stayed inside for the rest of the afternoon and watched a variety of football and baseball games with some napping interspersed.  Allison and I went to Target to do some shopping and later we went out for pizza and it was delicious.

When we got  home Alan made a fire in the fire pit and we sat around and relaxed and enjoyed it.

Now it’s time for bed.  If the weather cooperates, we’re going to the fair tomorrow. 🙂