Hi all, the last couple of days we biked some more in Acadia and then drove back down to Arundel.  We’re back at John and Anne’s with the family (John, Anne, Kristen and Al) and have been joined by Andrew, our nephew from Sitka who is going to pharmacy school in Hartford, Connecticut. 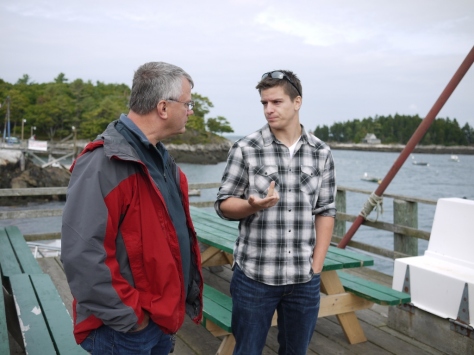 Today we all drove up to Georgetown, Maine and Reid State Park.  It was a rather blustery day so we didn’t spend a lot of time outside but Georgetown had a pretty little harbor.

Maine harbors don’t have docks like in Alaska.  They have mooring buoys that necessitate a dinghy dock.

No Maine harbor would be authentic without a few lobster traps. 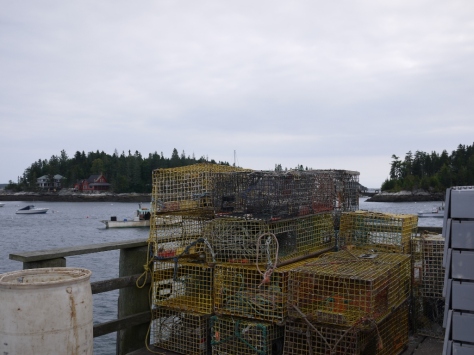 We were going to have lunch at the Five Islands Lobster Company but there was only outside seating and it was a little chilly for that. 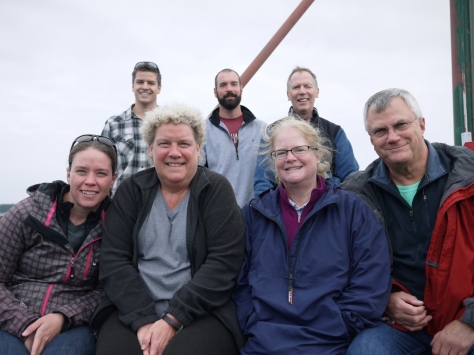 So, we went to the park to take a look and then to a restaurant with walls and a roof for lunch.  Here’s the beach at Reid State Park.

There were also the requisite rocks for the Maine shoreline.

After the park we went to the Osprey restaurant for lunch.  Everyone but me had the blackened haddock in either a sandwich or tacos and were very happy with their meals.  I had a cheeseburger and it was perfect.

On our way out of the restaurant, Al and Kristin found a cute little cottage by the sea.

Next stop was Reny’s in downtown Bath, Maine.  It’s an outdoor store that sometimes has good sales.  After Reny’s we had to show Andrew L. L. Bean. 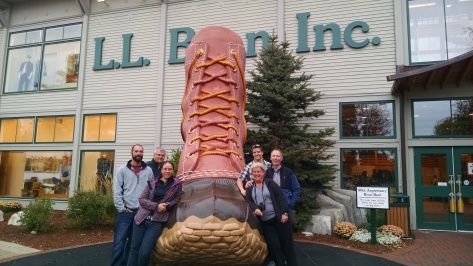 By the time we were leaving Bean’s it was getting dark outside so we went back to John and Anne’s and had pizza for dinner.  Now, there’s a bunch working on a puzzle while others are just taking it easy.

What a great day!

One thought on “Family time in Arundel”