On our way to rent bikes this morning we took a side trip to Cadillac Mountain.    It’s the highest mountain on the eastern seaboard and at 1,530 feet it has a great view of the surrounding area.  Here are a couple of photos from the top.  First towards  Bar Harbor. 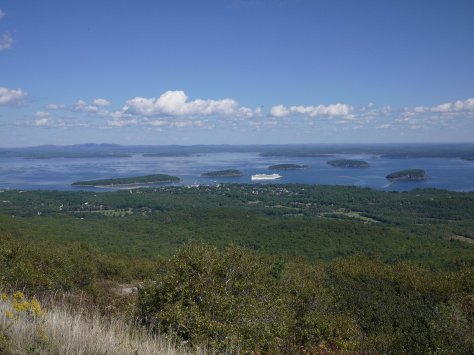 Second towards the south and the offshore islands. 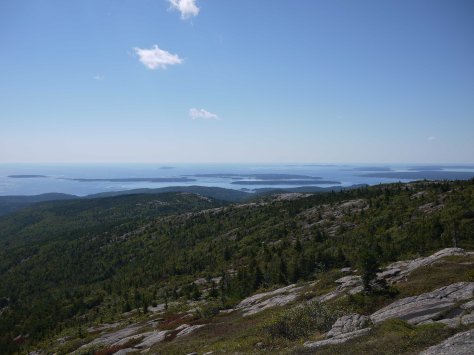 This entire mountain is made up of pink granite.  This was the granite that Jackie Kennedy chose for John F. Kennedy’s memorial. 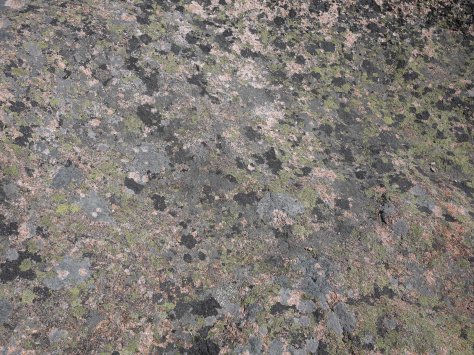 On the way down the mountain there was a pullout with views of Eagle Lake where we were going biking. 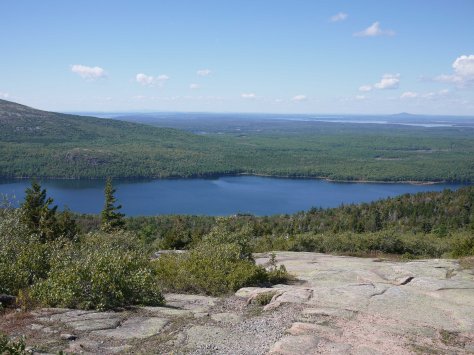 We rented bikes in Bar Harbor and took the ‘Bicycle Express’ van to the Eagle Lake carriage trail head.  The trails were built in the early 1900’s by  John D. Rockefeller, Jr. for horse and carriage rides and they’re perfect for biking. 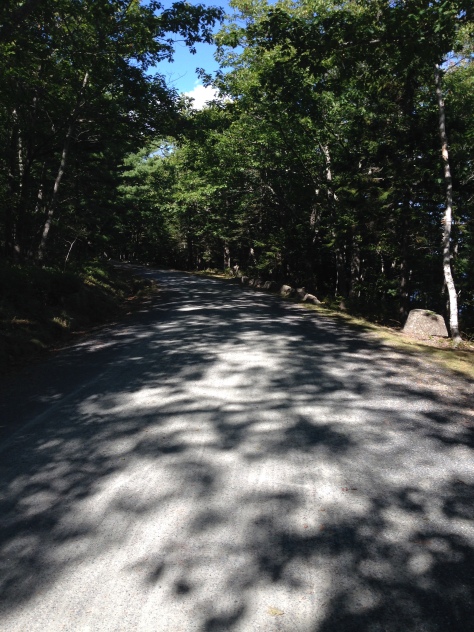 The trail was shaded with lots of trees and the temperature was perfect.  Here’s a view of the lake from the path. 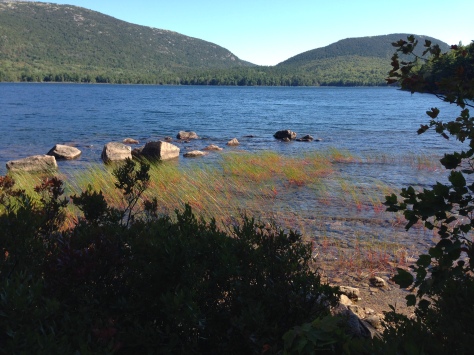 The first half of the trail was mostly uphill and I thought it might kill me but I think that’s a reflection of my lack of riding this year rather than the trail.   On our way back to the bike shop we passed over Duck Brook Bridge.  The view from the bridge was really scenic. 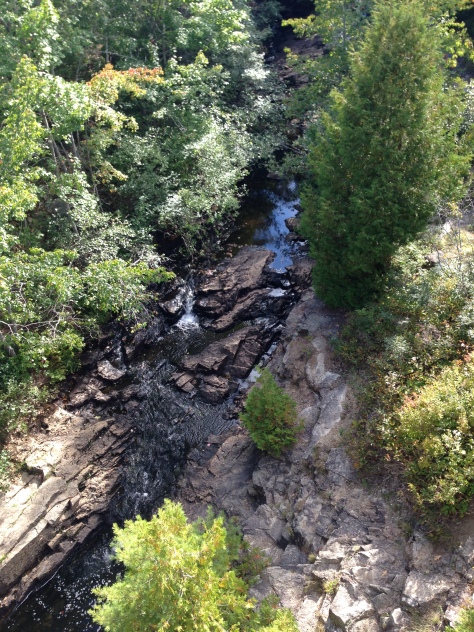 After getting back to town we went to the fancy Bar Harbor Inn for foo-foo drinks (smoothies) that were very refreshing. 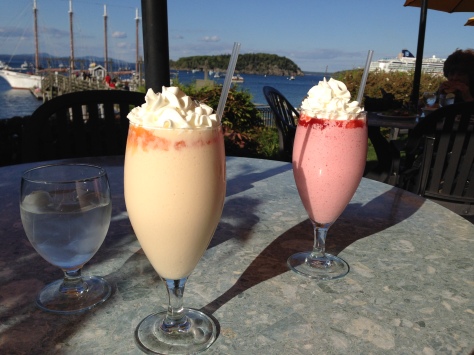 The view wasn’t bad either. 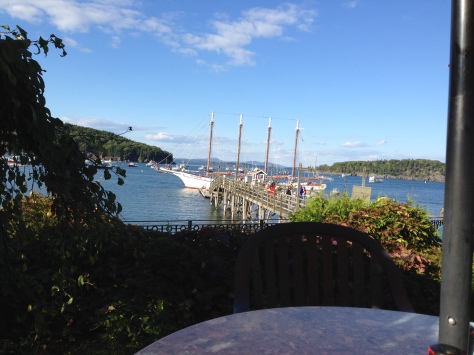 We walked around town for a bit after our drinks and then had lobster for dinner.  It was good but I think I like king crab better.  It’s probably an Alaska thing.  When in Maine, I’ll do as the locals do and eat lobster.   Another great day on the road.