We left our new friends at Sullivan Bay Marina first thing in the morning in order to reduce the chance of an uncomfortable run across Queen Charlotte Strait.  The morning was cloudy and a little bit foggy but no wind. 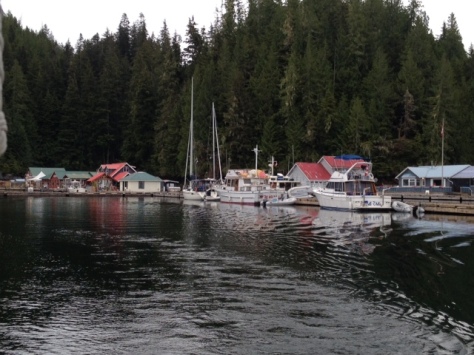 The water was as calm as we’ve seen so far, making it an easy passage.  We arrived in Port Hardy at the Quarterdeck  Marina by mid-morning, just as the sun was breaking through for another lovely day.

After a hearty (not healthy) lunch at the pub we went for a walk to town.  We made it to the mall which consisted of a grocery store, a drug store and a few other local stores.  The name of the grocery store is Overweightea :-o.  Upon returning from the mall, it was time for naps, reading and some real laundry chores. 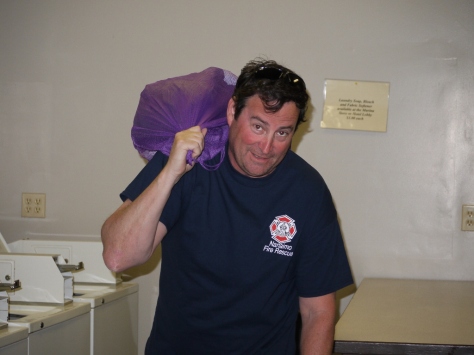 While we we’re sitting around waiting for the laundry we heard the unmistakable sound of eagles and saw bunches of them at the shelter right behind our boat.

Later, when walking to dinner, a helicopter landed on the small strip of land that leads out to the shelter that the eagles were on.  When it was coming in it looked like it was going to land on us! 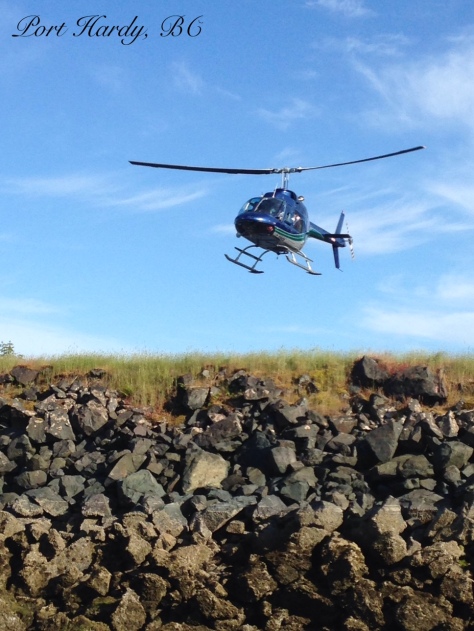 Now we’re back on the boat relaxing and listening to the radio.  We’re staying here in Port Hardy tomorrow so we don’t have to get up in the morning!  Goodnight…